Urban Escape is a city block in the center of Stockholm, comprising of five new commercial buildings, development of four streets and two public squares. The developer (AMF Fastigheter) seeked to create a sustainable and inspirational workspace for the future workforce and package the whole city block into a perfect product for the target tenant groups. Such approach makes the whole area come alive, from retail spaces and roof terraces, to flexible workspaces, organic gardens and trendy hotels. In total, the area will comprise of 63,000 sqm modern flexible workspaces, 29,000 sqm hotel and conferences space, 39,000 sqm retail space and 1,100 sqm residential space.

Given the impact that architectural visualizations have, AMF was in need of a partner that could take responsibility beyond creating beautiful visualizations. They contracted Walk the Room to coordinate inputs from the various stakeholders involved in development of the block and channel them into a cohesive and compelling delivery (still images + Virtual Reality). Among the stakeholders were some of the most influential architectural firms in Scandinavia, the city of Stockholm, retail, commercial and marketing teams at AMF and of course the public.

A remake of a city block

Our approach relied on flexible delivery method, including site visits and communication with a number of AMF teams and intermediaries. A tailored archviz tonality guideline kept the Urban Escape brand linked to broader AMF’s goals. The guideline made it possible for all Urban Escape outputs (VR and stills) to follow a certain direction, despite of different architects responsible for each sub development of the Urban Escape block. Such solid foundation allowed us to be creative and proactive without drifting away from the main goal - to put across the vision, buildings and spaces of Urban Escape to the target audience.

Each subproject (building or office floor of the block) had a selected core target group (e.g. “the public” or “a law firm”) and communication objective. Various target groups had different preferences, at the same time the Urban Escape vision and tonality had to stand out as a “red thread”, interconnecting the various properties. We thus had to put a lot of effort into details, lightning and camera angles - to make the message of each delivery clear and direct, but still general enough for the Urban Escape tonality to shine through. A few examples of sub projects include two hotels, a square to the benefit of Stockholm City, tailored tenant proposals, retail establishments. With AMF being a partly state owned pension fund, stakes are high to present what is to be built. 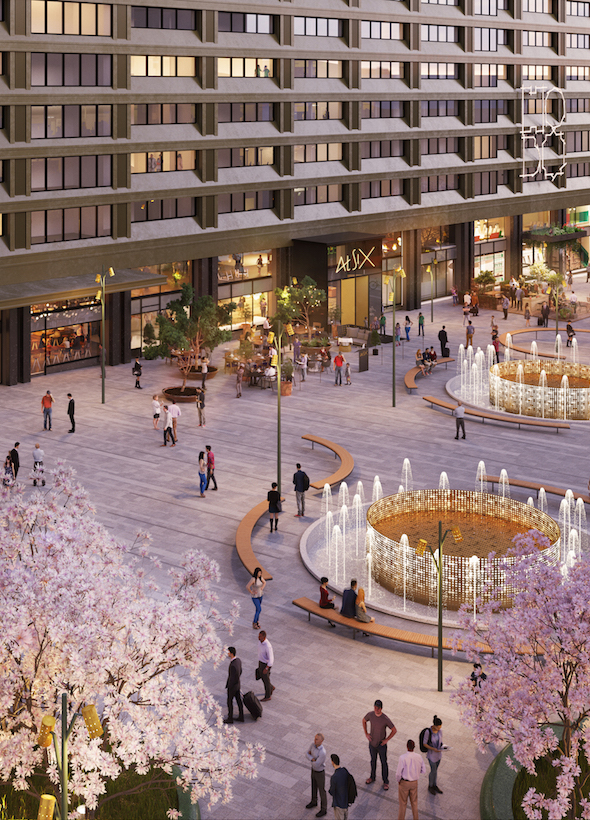 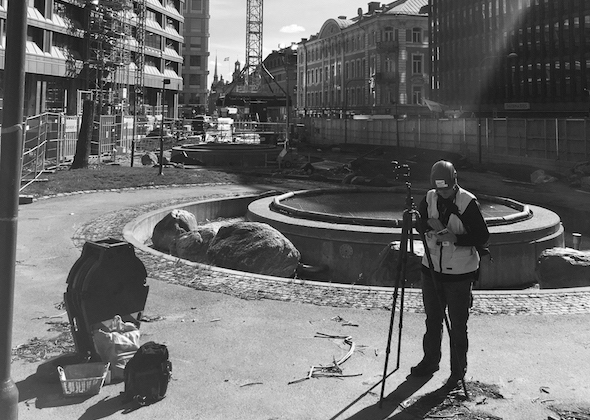 The project had four main deliverables - concept creation, project coordination, still images (+ sketches) and Virtual Reality. Concept creation and project coordination had to withstand a number of potential target groups, overseeing and integrating inputs from the various stakeholders, as well as coordinating actors and models in photography sessions. More hands-on activities included being a technical partner at events (coordinating VR hardware). Traditional (printed) media, one-on-one presentations during site visits and social media all made use of the materials created. When opening the new square of Brunkebergstorg, media celebrities and 15 journalists all had their VR headsets on and enjoyed virtual tour of the new square, live, at the building site. The vibrant rooftops came to life through drone photomatch stills, the magnificent views from the top office floors were showcased through Virtual Reality flyover.

Despite the high number of stakeholders involved, the tight cooperation with AMF has resulted in a very coherent property communication. Architectural visualization and the concepts created became more reflective of what will actually be built. Powerful use of Virtual Reality and images helped AMF communicate the vision of the block and reach a broader public audience through various channels, including VR event and social media.

STOCKHOLM / LONDON / PRAGUE
Get in touch.